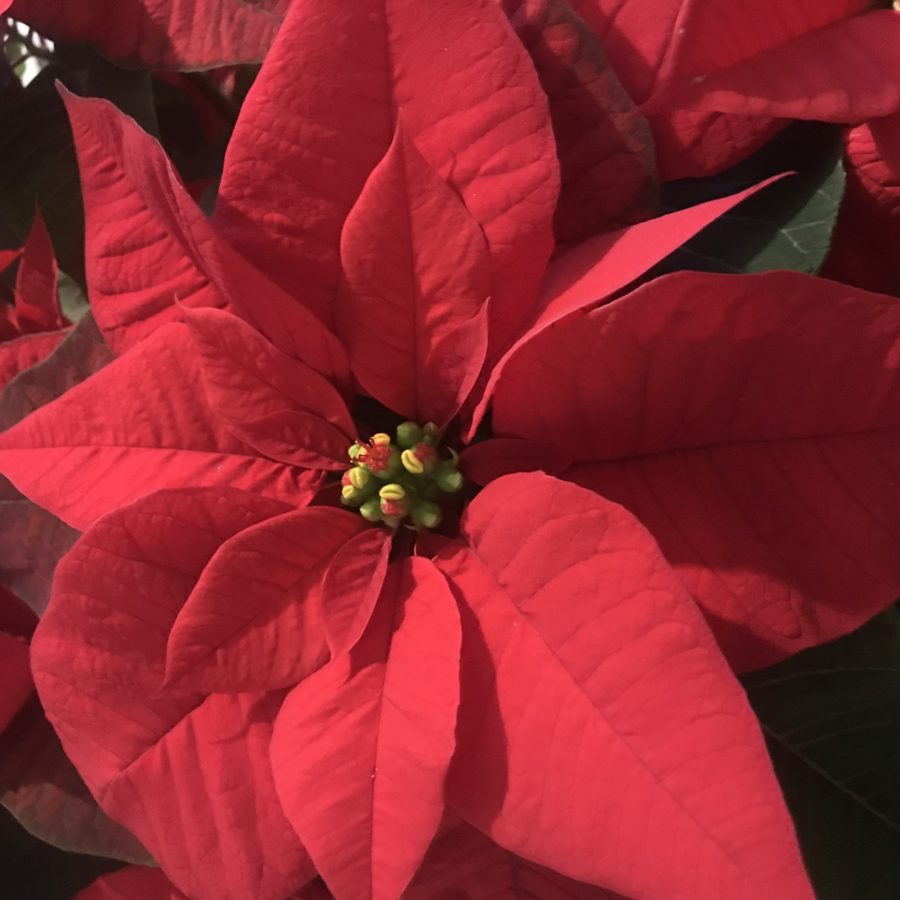 In Latin America, Navidad is a special time spent with family, friends and the community.  Celebrations include special food, music, festivities, fireworks, religious services and community activities.  While in the USA we celebrate and open presents on Christmas Day, in Latin America they celebrate on Christmas Eve called Nochebuena.

Nochebuena is also the name used for the Christmas plant we love so much in the USA, the poinsetta.  Did you know Poinsetta is originally from Southern Mexico and Guatamala? Officially called el Flor de Nochebuena, it was discovered by Joel Roberts Poinsett in 1828.  Poinsett was a botanist, physician and first U.S. Ambassador to Mexico.

Let’s take a quick look at how Navidad is celebrated in Mexico.

Mexicans start celebrating Navidad on December 12 until January 6.   Children typically perform posadas, processions.  Posada is the word for inn or lodging.
The posadas start on December 16th.  They represent the story of when Joseph and Mary were looking for somewhere to stay.  Homes are decorated with moss and paper lanterns.  At the Posadas children have candles and process with clay figures of Joseph as well as Mary riding on a donkey on top of a board.  They sing songs at each house asking for room.  They are told not there is no room, then finally a house says yes there is room.  At that home they say prayers of thanks, have treats, play games and fireworks.  On Christmas Eve, the final Posada, the children add a manger and figurines of shepards.   The baby jesus is placed in the manger and everyone goes to midnight mass.  After the Church service there are more fireworks!  Children usually celebrate with a piñata filled with treats.

Pastorelas are a Christmas play that tells the story of the shepherds going to find the baby Jesus and are typically funny.  During the play the devil tries to stop the shepherds from finding baby Jesus, but the shepherds prevail and arrive with the help of Archangel Michael who beats the devil.

Nacimiento, Nativity scenes are usually very large life size figures.  They are made of clay and include Joseph, Mary, Jesus, the Shepards as well animals and other people that you may find in the community selling their goods and food.  Baby Jesus  and the Tres Reyes Thee kings are added added on Christmas Eve.

Nochebuena, Christmas Eve is the culmination of the Posadas and as well as attending midnight mass it is is an important day for the family and community  that includes a large meal.  Mexicans eat Pozole which is a thick chicken or pork soup with hominy, chiles and topped with greens.  They also serve roast turkey, roast pork, bacalo (salted cod), tamales, romeritos is a green vegetable cooked in a mole sauce.  Mole is a special sauce that can come in brown, red and green.  It is made with many spices and cooked over a long period.  Some even include chocolate.  They have bunuelos which are fried pastries with cinnamon and sugar.  They drink Ponch and Rompope. The first drink is a warm punch the other is similar to egg nog and some people enjoy with rum 🙂

Navidad is actually not the most important Winter holiday.  Many Latin American countries give more importance to Día de los Los Reyes Magos  or Lost Tres Reyes Magos (see below).

Although some Mexican children expect gifts on Christmas Eve or Christmas Day, most look for gifts on January 6th.  The gifts are left by the three kings.  Before tthe holiday, children go to have the picture taken with the Kings ahead and most importantly they write letters to make toy requests.  Children leave their shoes out for the Three Kings to place the gifts.  The children also leave out hay for the camels that bring the Three Kings.  On January 6, families eat Rosca de Reyes, Three Kings cake.  A special cake in the shape of a circle to represent a crown with dried fruit to represent the jewels on the crown.  Inside is a tiny Baby Jesus.  The person who finds the Baby Jesus in their cake has to have everyone for a party in February on Día de Candelaria.

Look for a Three Kings event in January at LuLu’s Casista in Ardmore!